The journey towards truth

“A journey of a thousand miles begins with a single step.”

Once you start making the effort to “wake yourself up” – that is, be more mindful in your activities – you suddenly start appreciating life.

The big question is whether you are going to be able to say a hearty yes to your adventure.

Glenn Clark - Author ( from the biography of Walter Bowman Russell )

But down deep in his heart he knew that we all have the same promise of the unlimited help of the Universal Intelligence that guides all things. If we want it, we only have to plug into it with the master key of desire and trust.

There is a genius in every man and woman, waiting to be brought forth.

Napoleon Hill - American self-help author. He is known best for his book Think and Grow Rich which is among the 10 best selling self-help books of all time

The starting point of all achievement is desire.

What one can be, one must be!

There are no ordinary moments.

Nurturing your own development isn’t selfish. It’s actually a great gift to other people.

Carlos Castaneda - American author. Starting with The Teachings of Don Juan in 1968, Castaneda wrote a series of books that describe his training in shamanism, particularly with a group whose lineage descended from the Toltecs

You have everything needed for the extravagant journey that is your life.

It is easy to blame your lot in life on some outside force, to stop trying because you believe fate is against you. It is easy to think that where you were raised, how your parents treated you, or what school you went to is all that determines your future. Nothing could be further from the truth. The common people and the great men and women are all defined by how they deal with life’s unfairness: Helen Keller, Nelson Mandela, Stephen Hawking, Malala Yousafzai, and—Moki Martin. Sometimes no matter how hard you try, no matter how good you are, you still end up as a sugar cookie. Don’t complain. Don’t blame it on your misfortune. Stand tall, look to the future, and drive on!

Lao Tzu - Ancient Chinese philosopher and writer. He is the reputed author of the Tao Te Ching, the founder of philosophical Taoism, and a deity in religious Taoism and traditional Chinese religions

Debbie Ford - American self-help author, coach, lecturer and teacher, most known for The New York Times best-selling book, The Dark Side of the Light Chasers, which aimed to help readers overcome their shadow side with the help of modern psychology and spiritual practices

You must go into the dark in order to bring forth your light.

Most of all, you are no longer in a hurry, because you are content in each moment even if you aren’t ‘there’ yet (whatever that is for you). The inner journey is full of interest, full of rewards.

Anna Eleanor Roosevelt - American political figure, diplomat and activist. She served as the First Lady of the United States

Do not stop thinking of life as an adventure. You have no security unless you can live bravely, excitingly, imaginatively; unless you can choose a challenge instead of competence. 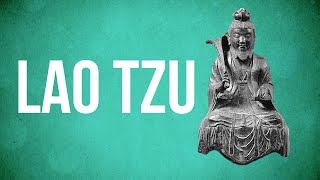